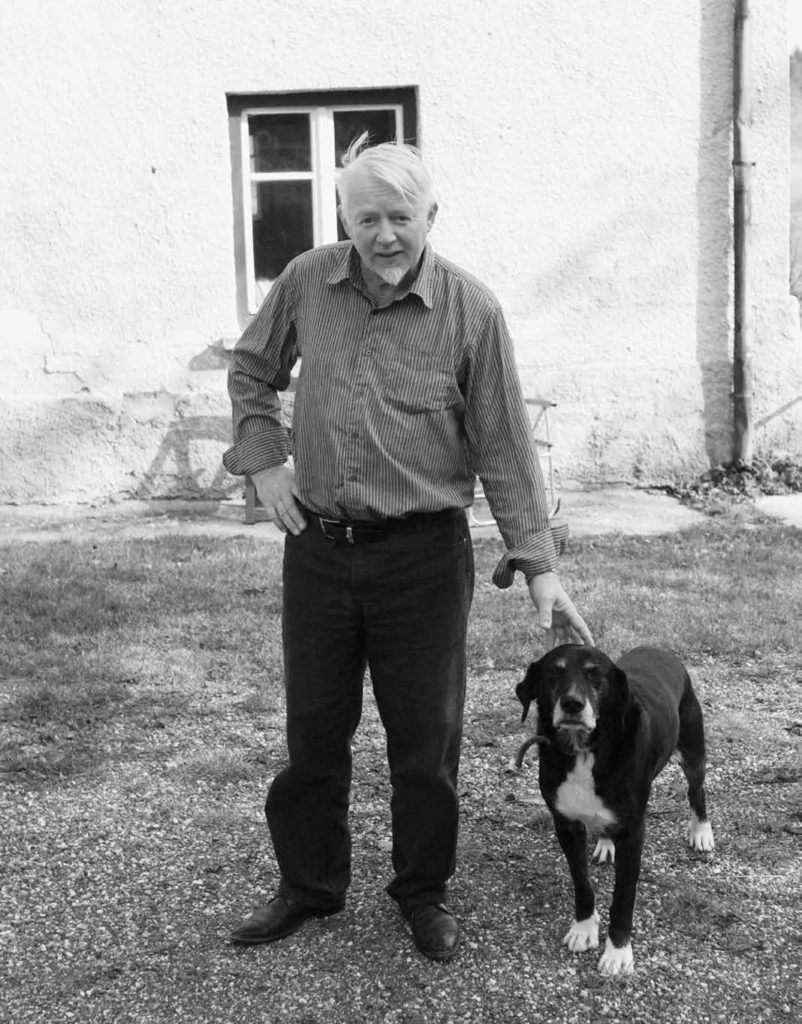 The monograph by the recently deceased painter Benjamin Kumprej first started to take shape in 2016, when the artist had his last big exhibition under the same title – Nostalgia – in the Ravne Gallery. Benjamin Kumprej was certainly one of the most recognizable painters in the Koroška region and in Slovenia. He became famous for landscape painting, for his motifs of the mountain tops Peca and Uršlja gora. His recognizable style followed in the footsteps of modernist landscapes from the twentieth century, and in his last creative period, he started to utilize completely abstract interpretations.
Benjamin Kumprej was an idiosyncratic artist, a farmer and a teacher, who lived a life permeated by his devotion to art and land, at the margin of the Slovenian territory, amid the edges of the mountain massifs Uršlja Gora, Peca and Pohorje. He was born in 1952 in the village of Leše above Prevalje, where he lived, worked and created on his home farm of Pristov in the embrace of the Gothic churches of St. Anne and St. Wolfgang until his death this year in spring.
The book “Nostalgia”, which was published by the Museum of Modern and Contemporary Art Koroška with the help of municipalities from Koroška, includes a monographic study of the artist’s opus by the art historian Jernej Kožar, poems by Gašper Bivšek and an interview with the artist Niko Kolar. The book was designed by Lidija Smolar, and it also contains 74 colour reproductions. The book presentation will take place on 20 September at 6 PM at the Ravne Gallery and it will be accompanied by an exhibition of the artist’s works and a concert by Andrej Ofak and Borut Mori.