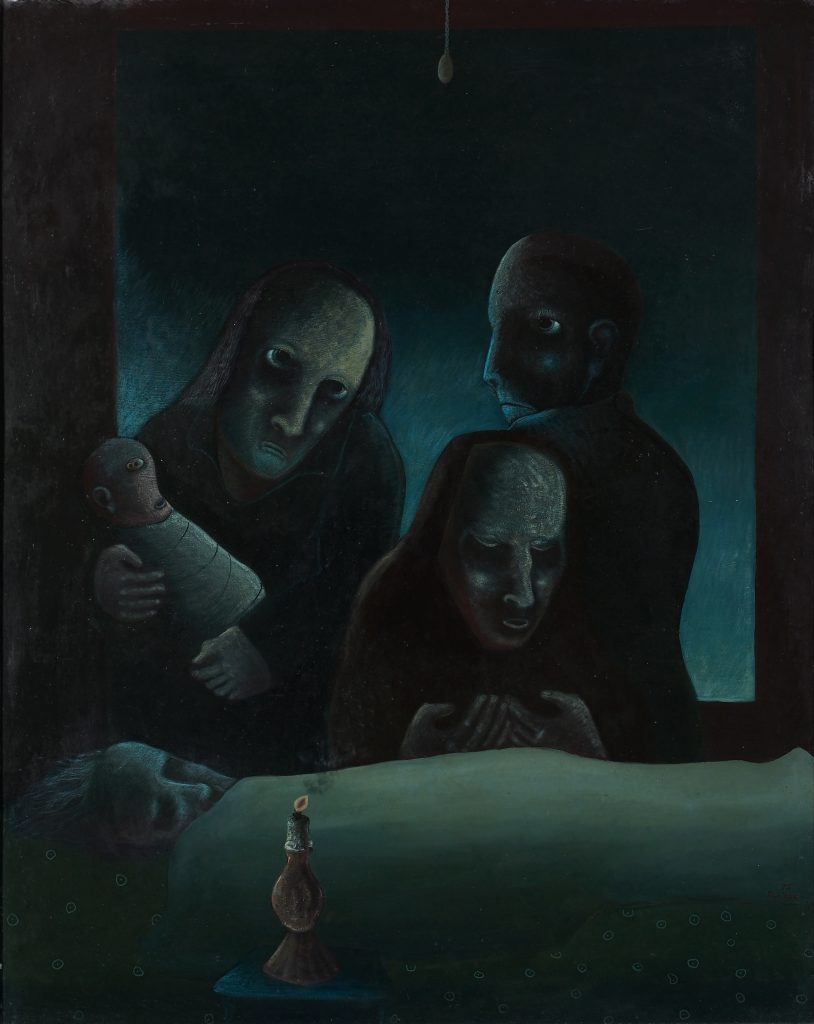 The Museum of Modern and Contemporary Art Koroška is continually developing the concept of lively exhibition activity, with an emphasis on presenting socially and politically engaged art and visual practices, which makes it recognisable in Slovenia and abroad in line with the cultural tradition of Slovenj Gradec and the broader region. Besides the international collection “Gallery for Peace”, the focus of its collection policy is directed particularly towards the completion of its collections of works by visual artists from the region of Carinthia on both sides of the Slovenia-Austria border.

The chronological arc encompasses the time of early modernism with works by sculptor Franc Berneker (1874–1932) and painter Oskar Pistor (1865–1928) from the period preceding World War II, while the crowning points of contemporary artistic expression in Koroška are represented by works of artists from generations that were formed during the second half of the 20th century, which were created in the studios of Karel Pečko (1920–2016) – painter of Mount St. Ursula and long-time director of the Museum of Modern and Contemporary Art Koroška –, his self-taught protege Anton Repnik (1935–2020) and the somewhat younger artists who live and work in Carinthia, among which painter Štefan Marflak (1952) stands out, or those who continued their painting careers in elsewhere in Slovenia, such as Lojze Logar (1944–2014) and Vida Slivniker (1945), some of them even abroad, like the Munich-based artist Darko Lesjak (1966) or the painter and writer Ted Kramolc (1922–2013), who gained prominence in emigration to Canada after WWII and has donated 136 of his works to the Museum years ago.

Among Carinthian artists living abroad, the Museum has been associated for many years especially with Valentin Oman (1935), who has donated 68 works for the Museum’s permanent collection, as well as Gustav Januš (1939) and Rudi Benetik (1960), who are also represented with several works. Special attention has been devoted to the work of younger generations of Carinthian artists, who are part of contemporary trends in visual arts, among whom two of the most successful in Slovenia and abroad are Sašo Vrabič (1974) and Katja Felle (1988).

From the beginning of the 1980s, the cultural life in Slovenj Gradec was significantly enriched by the painter and graphic artist Bogdan Borčić (1874–1932), who moved to the region from Ljubljana after finishing his professorship at the Academy of Visual Arts and Design, and the Museum has obtained for our collection as many as 325 works from the legacy of paintings from the artists final, post-minimalist period.

At the Museum, we pay special attention to the exciting creative journey of Jože Tisnikar (1928–1998), who is one of the most renowned artists in Slovenian art of the second half of the 20th century. We are currently keeping 65 of his paintings and drawings in our collections. He died in 1998 in a tragic car accident, and with the works that were dedicated to him by other Slovenian as well as foreign artists, we began to build the collection Hommage to Tisnikar, which also includes a suggestive portrait by the master photographer Herman Pivk (1963).