Back to archive
exhibition
Jože Tisnikar, Death is not the end
Galerija Slovenj Gradec 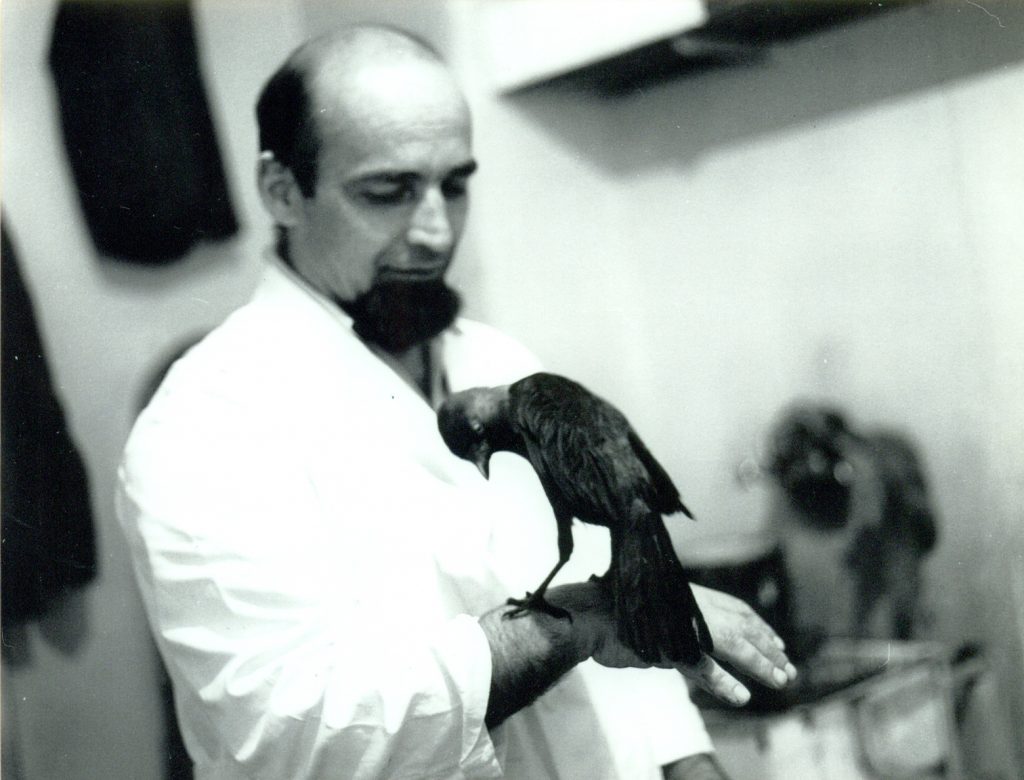 Jože Tisnikar is undoubtedly one of the greatest and most renowned Slovenian artists from the second half of the twentieth century.
The self-taught painter Jože Tisnikar established himself as a singular phenomenon of recent Slovenian painting mostly through his original and incredibly sincere iconographic subject depicting the terminuses of human existence and his original painting technique, the egg tempera, which enabled the familiar colouration which accentuates very effectively the uneasy atmosphere of the scenes he painted. Tisnikar’s very unusual artistic expression, difficult to match in domestic or foreign art, attracted with a phantasmagorical power both the professional and the lay public and contributed to his many successes, which even increased in the last years before his sudden death. The proof for this are the numerous solo exhibitions at home and abroad, four monographs, a large survey exhibition that was part of the European Culture Month in Ljubljana, the publication of a great poetry book by Dane Zajce, illustrated by Tisnikar, his collaboration in set design projects, notably in Shakespeare’s Theatre in London, the establishment of one of the greatest private collections in Slovenia by Alojz Ovsenik in Kranj, and finally, on his 70th birthday, a large retrospective exhibition in his hometown of Slovenj Gradec. Jože Tisnikar has greatly influenced the character of the Museum of Modern and Contemporary Art Koroška (KGLU) in Slovenj Gradec from its very beginning in the late fifties of the past century onwards, when Karl Pečko’s ambitious temple of art and the unconventional painter were growing mutually, each simultaneously a mentor and a student to the other. But even after his tragic death, the independent, unrepeatable and inimitable artistic story of his bitter search for the ultimate truths of human existence remains an inexhaustible source of inspiration for the conception of new projects, embedded into one of the gallery’s main collections that combines the works of Slovenian and foreign artists with similar artistic poetics in memory of the great painter. An important collection of Tisnikar’s works from all his creative periods was also compiled, including some of the key paintings from his complete and comprehensive opus. Already in 2008, on the 10th anniversary of his death, these works inspired the symposium on the “Tisnikar phenomenon”; ten years later, they once again provide an articulate basis for the tribute to the incredible legacy of the great master.

The exhibition will be open to the public until 16th of September.