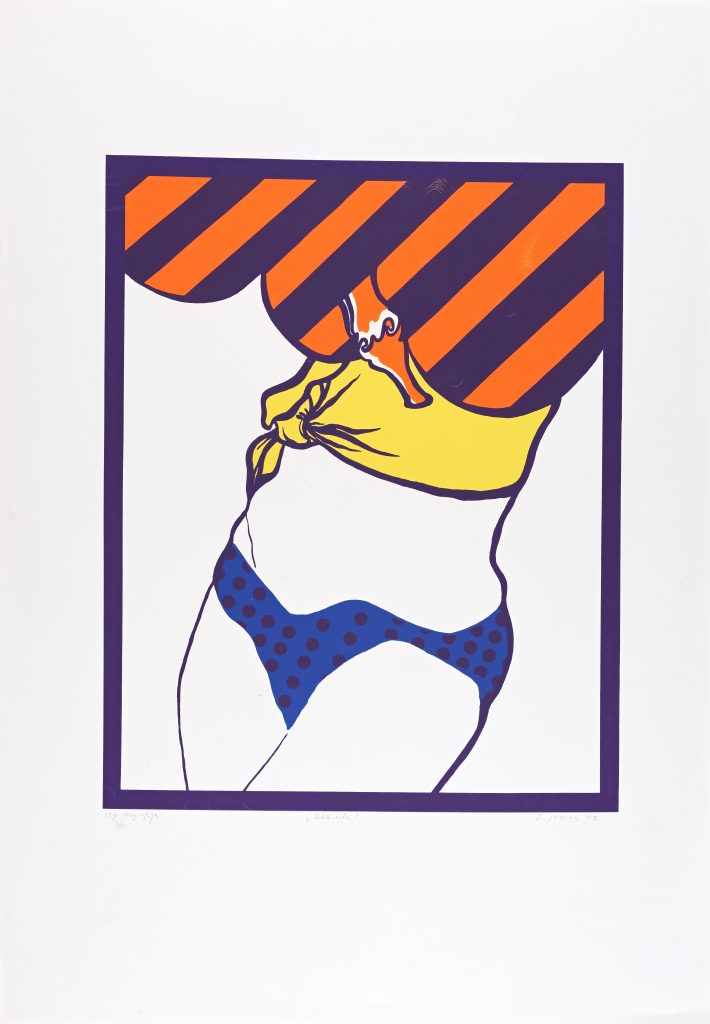 The generation of graduates of the Ljubljana Academy of Fine Arts and Design from the second half of the ‘60s, of which Lojze Logar is a part, responded “in full measure” to the rise of a new aesthetics that was breaking down the barriers between the thus far ostensibly incompatible abstract and figurative visual language. The casual character of the at the time fashionable Pop Art imaginarium provided Logar with inexhaustible room for experimentation and the combining of different procedures, techniques, and artistic expressions, in the sense of liberated gesturality and the then nearly inconceivable formal structures. Logar’s early works directly express the spirit of hippy casualness, loaded with eroticism that is almost lascivious, in which he exploited in the Pop Art manner all the sources of new, commercial visual media: posters, photographs, reproductions, newspaper clichés and clippings, television. With his clean, unmodelled poster colours, wide surfaces, stencilled drawings of simplified (eroticized) real shapes of objects, as well as through repetition and colour variation, he expressed a unique and representative joie de vivre, first with the printing technique of lithography, and after 1973 with screen printing, which became his dominant medium along with realizations in acrylic paint on canvas.

Lojze Logar (1944, Mežica–2014, Izola), a long-time professor of graphic design, drawing and painting at the Academy of Fine Arts and Design in Ljubljana, is one of the most interesting and idiosyncratic artists who appeared on the Slovenian art scene in the late ‘60s and early ‘70s, during the period of so-called Pop Art. He was born in the region of Koroška, spent his youth in the Prekmurje region, his mature years in Ljubljana, and in the end lived and died in Izola. Four institutions from these regions therefore joined forces to work on the project of organizing an overview exhibition of the artist’s entire oeuvre. Each of the exhibitions represents one complete creative stage, and they are brought together by the exhibition catalogue and the joint promotional programme.

Logar was a central figure among artists who shaped the Slovenian version of Pop Art, called new (expressive) figurative art (the exhibition in the Museum of Modern and Contemporary Art Koroška). Later, he also ventured into the field of conceptualism and radical, coloristically rich expressionism; he then almost entirely abandoned new figurative art in the early ‘80s, when he started to work in the manner of minimalist black-on-black painting. Towards the end of the ‘80s, he devised his largest cycle named David’s Gardens (the exhibition in the Murska Sobota Gallery). He then implemented a new stylistic approach in the ’90s, when he started to develop the cycle of paintings Intermezzozoik, rounding it off with a series entitled Sarcophag(U.S.) (the exhibition in the Coastal Galleries). The presentation of his oeuvre is completed by the exhibition in the Slovenian Association of Fine Arts Societies’ Gallery in Ljubljana with a display of his final works on paper from the cycle Angels. 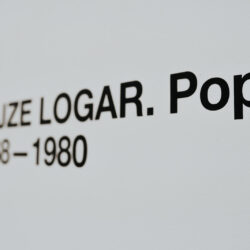 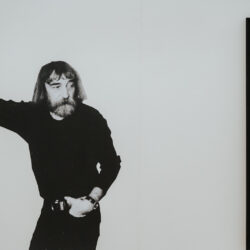 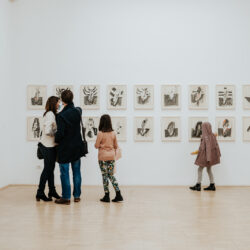 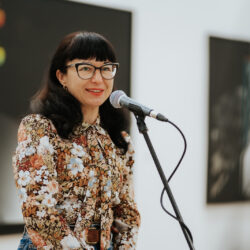 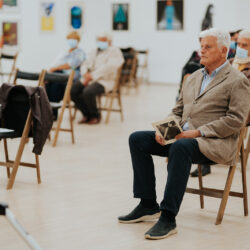 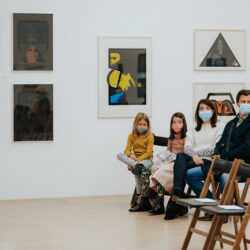 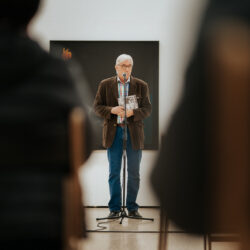 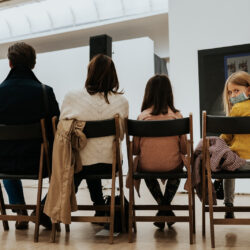 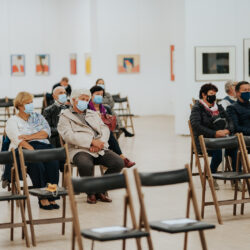 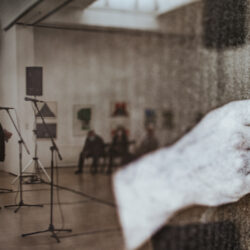