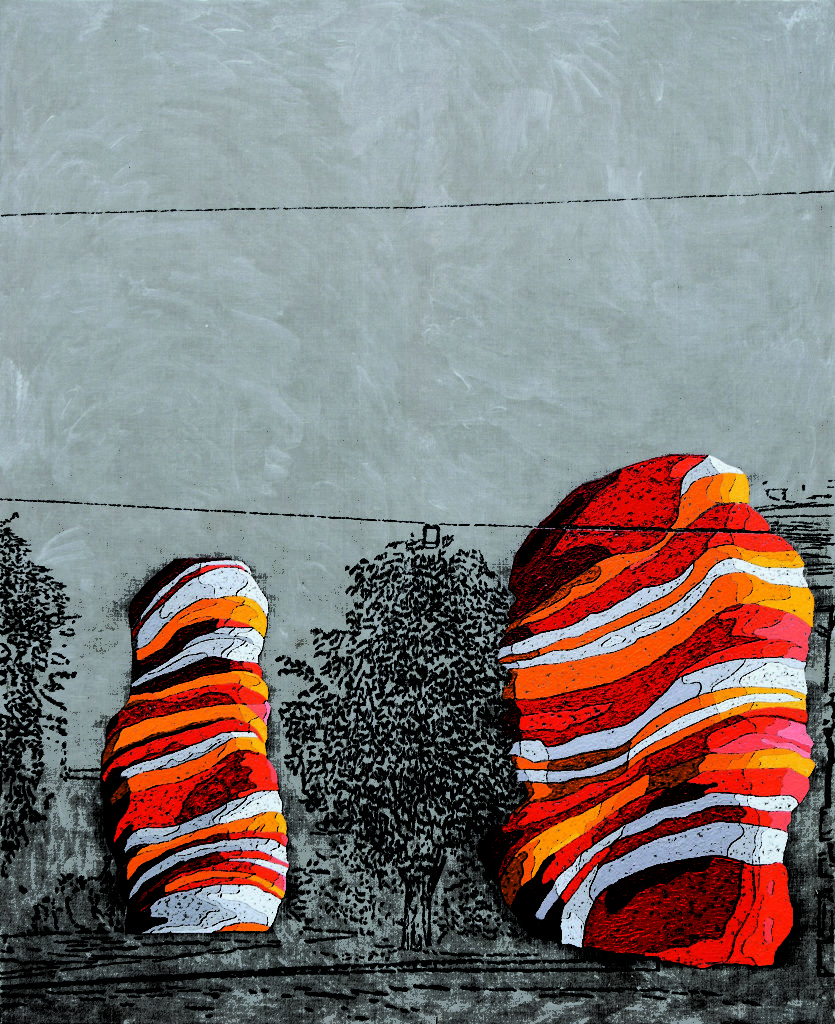 The exhibition entitled MONUMENT at the Museum of Modern and Contemporary Art Koroška (KGLU) is part of the interinstitutional project MONUMENT – DRAGO TRŠAR, which is led by the Museum of Modern Art Ljubljana. On the 90th anniversary of the birth of academically trained sculptor Drago Tršar, an initiative was launched among the participating institutions to professionally examine and exhibit the sculptor’s oeuvre, thus displaying his works to the broader public. Following the survey exhibition of Drago Tršar in the Gallery of the Prešeren Awards Winners for Fine Arts in Kranj (2017), the exhibition of works on Japanese paper in the Gallery of Murska Sobota (2018) and the survey exhibition of monumental sculpture in the Museum of Modern Art Ljubljana subtitled Monumentality and Multitude (2018), two further exhibitions will take place in the Museum of Modern and Contemporary Art Koroška and in the Božidar Jakac Art Gallery in Kostanjevica na Krki (2019).

In contrast to the other exhibitions, where Drago Tršar’s sculptures are at the centre, the exhibition in the KGLU is dedicated to the broader question of monuments and sculptures in public space, focusing on the works by Drago Tršar and their interpretation through the eyes of his two contemporaries, the photographer Tomo Jeseničnik and the painter Arjan Pregl. The preceding exhibitions offered an extensive and in-depth insight into the sculptor’s oeuvre, while the exhibition in the KGLU aims to encourage reflection on the context of public sculptures and statues and to point out certain burning social issues related to the ideological character of public space. Such an examination of the work of Drago Tršar within the KGLU is also interesting due to the fact that Tršar’s work entitled “Connected” is situated in the sculpture park at Štibuh in Slovenj Gradec. The park was created in the 70s of the 20th century with the aim of becoming the material witness to the connectedness, solidarity and friendship between nations.

Arjan Pregl is participating in the exhibition with three large format paintings, which depict public squares with sculptures. Two of the works, which were created in 2014, show the spatial setup of Tršar’s monuments, while the third was made especially for the exhibition in the KGLU. It is related to the Monument to the Victims of All Wars, which was unveiled in the Star Park on 13 July 2017. The monument is not the work of Tršar, however, it is one of the last great interventions into one of the most important public spaces in Slovenia. In terms of content, it opens several political questions connected to the phenomenon of neo-revisionism and even the rehabilitation of fascism in Slovenia.

Tomo Jeseničnik is a photographer who works mostly with landscape, documentary and portrait photography. His works are characterised by impeccable framing and the eye for detail. This time, his approach to the interpretation of Tršar’s sculptures is subjective and redirects the gaze from the sculpture to the background. 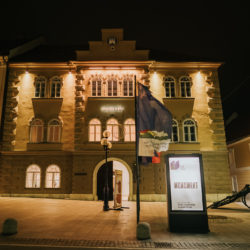 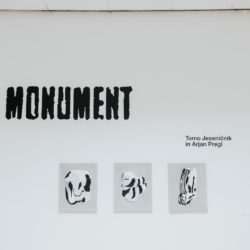 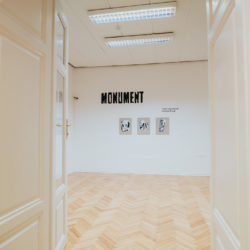 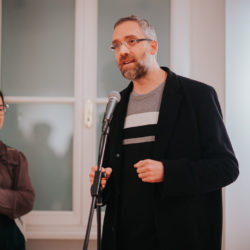 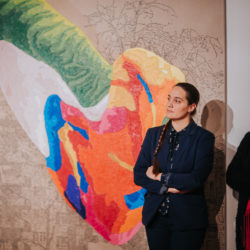 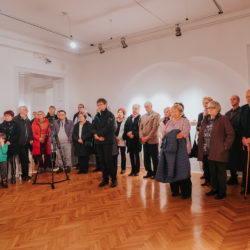 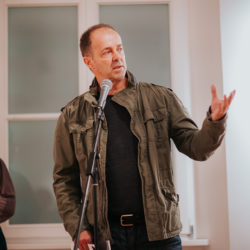 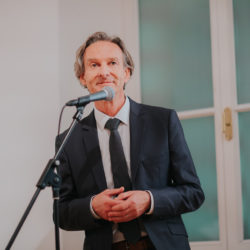 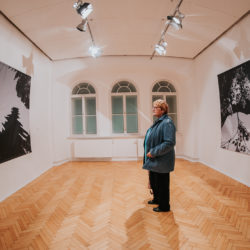 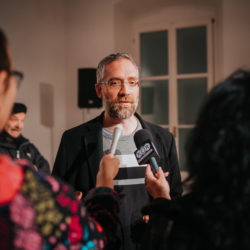 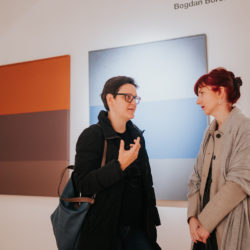 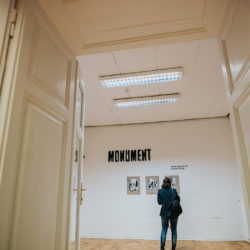