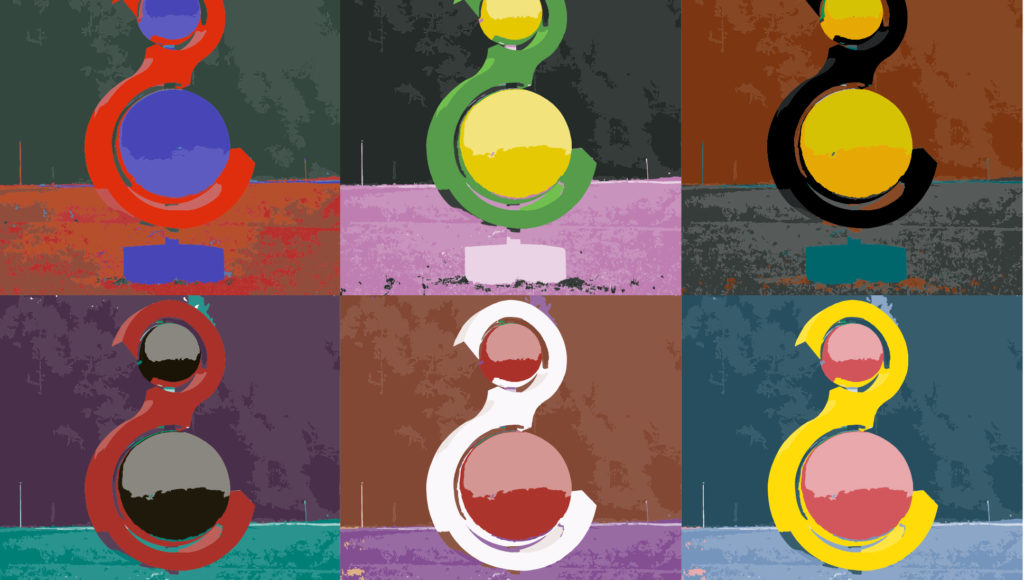 The art of Pino Poggi is imbued with political commitment and social engagement, and it is also a way of demonstrating his political stance, his preoccupation with current social events and disappointment with contemporary art, which has become too distanced from its viewers. This is probably the reason why he has resorted to Greek mythology in the past years, as he reveals the moral relativity of everyday life through the metaphors of myths and their pedagogical dimensions. In the mid-sixties, two manifestoes by Pino Poggi marked the creation of Arte Utile. He later developed the concept further in two additional manifestoes (1980 and 1994), which describe art as a force of responsibility in society, through which it is possible to change the world. In the past years, a similar concept has been deployed with much more recognition by the Cuban artist Tania Bruguera. Pino Poggi named his art Arte Utile, which encompasses the AU process, AU environment, AU alphabet and AU artist’s books. Alongside this, Pino Poggi also creates performances, sculptures and poetry.
With his Arte Utile, Pino Poggi overturns the common way of perceiving art, which proceeds from the connoisseur (artist, curator, collector) towards the viewer. For more than a century now, this situation has been the cause of the public’s distrust towards contemporary art. Through the participation of the public, he wishes to overcome this one-way communication and establish art as a democratic force in society, accessible to everyone. This gives rise to the problem of the relativization of values as certain rules are bent, which may lead to a dead end since art as such, if it no longer represents a particular skill or insight, cannot exist. Arte Utile wants to overcome the uselessness of fine art, which is in fact a contradictio in adiecto, because its fundamental imperative is precisely to be useless. Through AU, the artist combines various media and broadens the field of art so that it also reaches people who otherwise have no contact with contemporary art. As a solution for this state, Pino Poggi invented the AU social aesthetics: a work of art is critical towards social phenomena, while the use of a simpler visual language, supplemented by text, makes it easier to read. One of the artist’s greatest wishes remains the establishment of a museum of social aesthetics, whose central part would be a collection of his works, currently kept by the KGLU, accompanied by works by his peers, colleagues and likeminded artists.
In a time when advertising and marketing strategies are more radical than artists, art has no choice but to retreat into its own world and strive to unearth a new hope from within. Pino Poggi’s art is a call for socially engaged art that would not produce artistic creations solely for itself and for social elites. The exhibition for the artist’s eightieth anniversary will present Poggi’s Arte Utile as well as other, no less important, segments of his art, which were already discussed in greater depth at his previous exhibitions. This exhibition, however, begins outside, north of the city, with the renovated Sculpture “S”, which is part of Poggi’s cycle Arte Utile Alphabet.