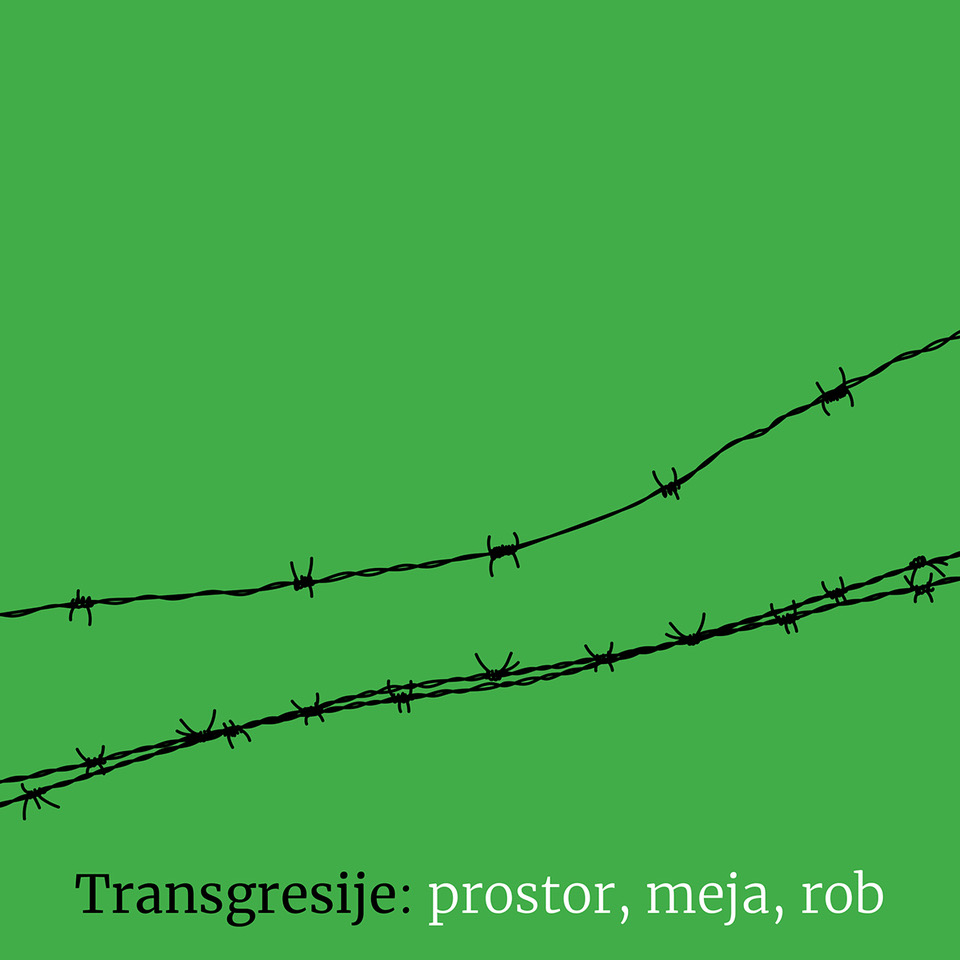 On March 6 2020, in collaboration with KGLU, the Nova Gorica City Art Gallery has opened the exhibition Transgressions: Space, Border, Margin. The exhibition will be on display until May 29 2020 and was curated by Marko Košan.

(Geographical) space is one of the most tangible, primary empirical categories. It is simultaneously an objective circumstance and a socially or culturally marked fact, a category that is experienced subjectively, physically and through memory. Space is connected to individual and collective identity: the beliefs, values, emotions, hopes and fears that people ascribe to certain environments, communities, lands and countries.

The second half of the 20th century was a period of liberation from rigid ideological norms and conventions, as it crossed borders by accepting difference, combined previously separate spheres and sought authentic living spaces. This transformation in the models of thinking about the world enabled the artist to enter the open field of creative freedom as well.

The beginning of the 21st century was marked by an ideological regression into national(ist) cultural patterns that seemed to be overcome and were further fuelled by the increasing social inequality under the conditions of neoliberal capitalism lacking any kind of solidarity, and by the construction of an external enemy, the ‘eternal Jew’, the refugee, the migrant.

Contemporary art is once again the art of contexts.

Modernism, this characteristic expression of 20th century perception of the world and art, had virtually cast out stories; it addressed the audience with its refined, self-sufficient artistic language.

The so-called postmodernism of the last quarter of the past century, as a parody of modernist quests for totality and absolute truth, has shaken the positivistic theory of art and even the notion of scientific truth, blurring the once clear line between the notions of the avant-garde and popular culture.

Yet, by re-establishing the role of the broader social context within art and culture in general, the present moment once again opens the space for a critical reflection of the state of affairs and provides a starting point for positive utopias, which have always represented the underlying charge of artistic creativity. Once again, the idea has become more important than its realization, while metaphor and allegory are coming back into artistic language.

Our lives became entrenched in a particularly ambiguous perception of reality: on the one hand, we are bewitched by unattainable and elusive electronic media images that have shaken our visual perception of the world to the core; on the other hand, desperate efforts are undertaken to preserve a certain imaginary symbolic order of civilization, as we transform anything that seems like an endangered value of yesterday’s world into a real or imagined museum – as if our linear culture of accumulating will collapse if we are unable to manage the past so that everyone can see it. Our concern with the restoration of this visible and physically tangible order is like some kind of a desperate unconscious defence mechanism of civilization, which is felt at the end of a certain stage, when it is faced each day more uncontrollably with the increasingly absurd disrespect for its own fundamental assumptions. The visible, tangible past, this at least seeming feeling of continuity, directs us towards no longer unequivocal goals at the very moment we feel endangered by the transgression of that which is ‘different’, foreign. In the past, these goals were most noble and sublime when they manifested themselves in art and culture.

But what happens when culture and art suddenly refuse to be merely the locus of secrets, seduction, initiation, the open and highly ritualised symbolic exchanges of spiritual goods in a community that has surrounded itself with barbed wire within its own borders? When art tries to preserve its role as an autonomous space of freedom … both freedom of the spirit and freedom within physical borderline space, which was in the past encumbered by immeasurable trauma of personal relations?

What seems to be crucial here is historical memory, though not the memory that incites the tribal passions of nationalisms, but the memory that calls attention to what nationalisms (in their extreme form) had brought about and what a return to the past and to the premodern ‘defence from the enemy with curved sabres’ could bring. It is a fact that many (or most) Europeans regard their identity first and foremost in terms of their national framework, a fact that time and again exposes the persistence of national states and the questionable foundation of the European Union, which all too often regards the building of European identity only as a project.

One of the most frequently and often uncritically deployed terms, used within art criticism for the past century to describe the modernist breaking of established patterns of social norms, is the term ‘transgression’. Modernity in art was always linked to a sense of liberation: the artist was the one who dared say what others did not, who exposed that which was hidden, the artist declared as normal that which was considered a bashful secret. The objective of art was to demolish taboos. Transgression in art was always linked to the avant-garde attitude, which opposes conservative authority of the pillars of society: the state, the Church, and in recent times, consumerism and mass culture as well.

We can agree that art is exciting when it opens up new horizons, which is why we are that much more shocked to observe the situation in which we have found ourselves, even in everyday life, at the beginning of the third decade of the 21st century, and which poses a real problem: in our Western culture, transgression is no longer felt as liberating! It seems that its energy has passed over to the extreme political right, where it has become, paradoxically, connected with repression. However, this time the issue is not just about the adjectives with which the apparatus of the reactionary part of the audience attacks the open and libertine art (disgusting, revolting, bestial, abominable, gruesome, blasphemous, dirty, scandalous, repugnant … the lexicon they use is virtually inexhaustible), because these kinds of responses had always fuelled the avant-garde, providing it with fresh energy; moreover, they often gave a thrilling edge even to those works that were otherwise merely average. They evoked within the perceptive audience the feeling that they, together with the artist, are participating in a rebellion against petit-bourgeois sanctimony and institutional repression. But in the meantime, the borders that previously needed to be demolished and crossed expanded and the charge was beginning to fade. Capitalism was able to absorb quite effectively even transgression and its excesses. And now, suddenly, transgression no longer belongs to the progressive avant-garde, but instead to the neofascists. The so-called alt-right movements are fuelled exactly by the thrill of transgression. In the guise of fighting against political correctness, they act boisterously, deploying insults, cursing, shock tactics and shaming. Through discourses of homophobia, racism, misogyny, xenophobia, they mercilessly assault the gains of progressive cultures from the past, which used to look like the final path towards the establishment of basic human rights. Members of the ‘brotherhood of intolerance’ on internet platforms, who appeared marginal only a few years ago, became embodied in the most prominent decision-makers of the world today: Trump, Bolsonaro, Orban … They try to make their primitive attacks on the accepted norms of decency seem as the new normal. These forms of cultural provocation, however, are not the same as those that modern art used to seek. The modernist strategy of transgression was mostly directed towards the liberation of society from the fetters of shame over our own bodies and thoughts. But the strategy of new fascism that haunts Europe and the world is yet again rattling the chains that had already been broken before. 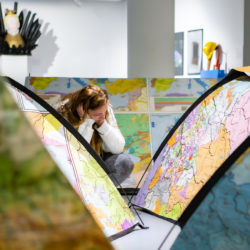 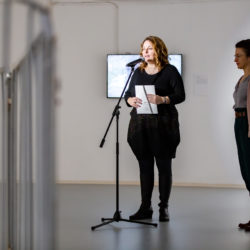 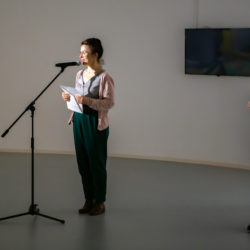 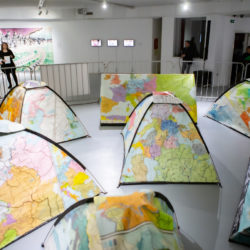 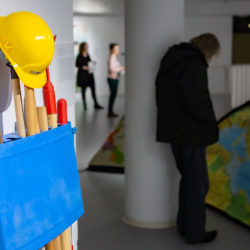 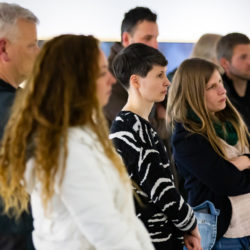 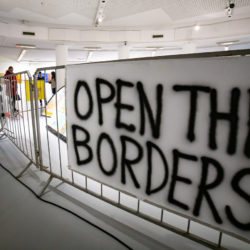