Inge Morath (1923, Graz – 2002, New York) was an Austrian-American photographer. After studying languages in Berlin and working as a translator and journalist, she started to work in 1953 at the Magnum Photos Agency in Paris and became its full member in 1955. After her marriage with the writer Arthur Miller, she moved to the USA in 1962. Besides photographs from her many travels around the world, in which she documented diverse cultural regions, she also created a range of timeless portraits of celebrities, but also of regular people, in which she managed to capture the person’s essence with a particular sensibility and personal vision. In 2003, the exhibition Border Spaces took place in the Museum of Modern and Contemporary Art Koroška, which presented the photographs that the artist took in 2001 on her final journey to the border spaces of Slovenia and Austria, with special emphasis on Slovenj Gradec, the home of her mother. The director Regina Strasseger and her TV team from ORF channel shot a documentary film about her last journey, while photographers Branko Lenart and Stojan Kerbler accompanied her with a photographic camera. 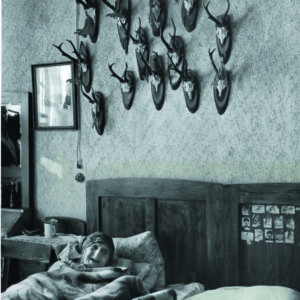 Marija Pečolar is Happy to have a Visitor