Josip Diminić (Sveti Lovreč Labinski, 1937 – Labin, 2019) studied painting at the Academy of Fine Arts in Zagreb and graduated in 1963 under the mentorship of Marino Tartaglia. In his work, he used wood, stone and bronze. He is the author of several public monuments, a founder of the artistic group “Labinski atelieri” (Ateliers of Labin), the Mediterranean symposium of painting, the periodic exhibition Ars Histriae and the International Sculpture School in Vrsar. He taught at the Department of Fine Arts at the Faculty of Arts in Rijeka and was among the co-founders of the Academy of Applied Arts in Rijeka, where he taught from 2005. From the ‘70s onwards, he was continuously working as a sculptor. At first, non-figural forms composed of organic symbols prevailed in his work. In the period when the sculpture “Bread and Seed” was created, the artist mostly engaged with the temporal, existential dimension of humanity and the world in his works. The typical abstract expression of compact sculptural forms, reduced to primal organic symbols, sometimes with erotic associations, was replaced by anthropomorphic shapes and stylized birds after 1982. 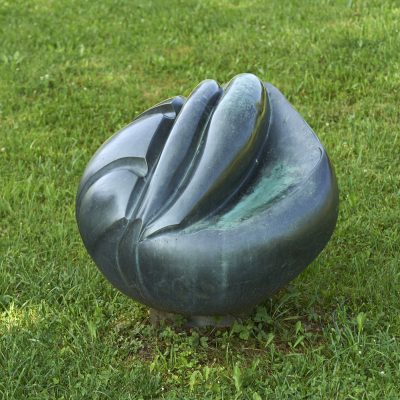