Walter Solón Romero (Uyuni, 1923 – Lima, 1999), Bolivian painter, printmaker and muralist, studied at the state Academy of Fine Arts in the city of Sucre and at the School of Applied Arts in Chile. He later also studied in New York and several European cities.

In 1944, he had his first solo exhibition. He worked within the group Antaeus, where he created socially engaged art together with his colleagues and engaged with social questions that characterized life in Bolivia. In the ‘50s, he travelled around the world, thus learning new techniques. After returning from India, he created the series of prints Pueblo al Viento (People in the Wind, 1958) in the technique of etched cement.

He believed that art could reshape the world. During his lifetime, he had experienced prison, torture, exile and the “disappearance” of his stepson. His works express suffering and hope, solidarity and defiance, despair and joy, and relate to his life and the historical circumstances of the time and space in which he lived. He exhibited in countries of North and South America, in Europe, Egypt and in Japan. He received several important awards. In 1989, he was awarded an honorary doctorate at the Universidad Mayor de San Andrés de La Paz for his work Portrait of a People (1985–1989), a mural featuring 400 characters from Bolivian history. In 1983, he received the Golden Palms, the highest award of the Bolivian Government. In 1994, he and his son Pablo founded the Solón Foundation in order to preserve his works and encourage the development of a critical and creative mind. 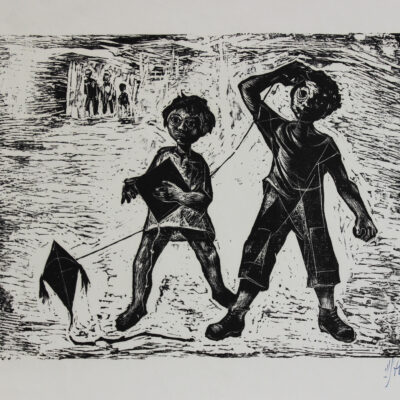 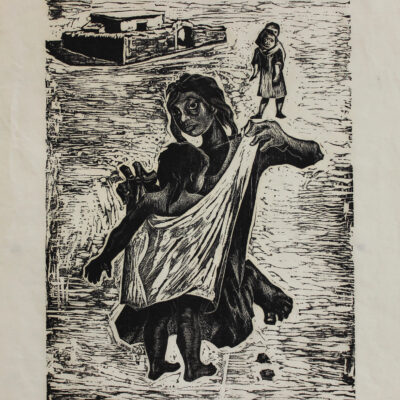