Collection > ALOJZ KRIVOGRAD Jr., aka FUTY
BALKANS IN THE LAST DECADE OF THE 20th CENTURY 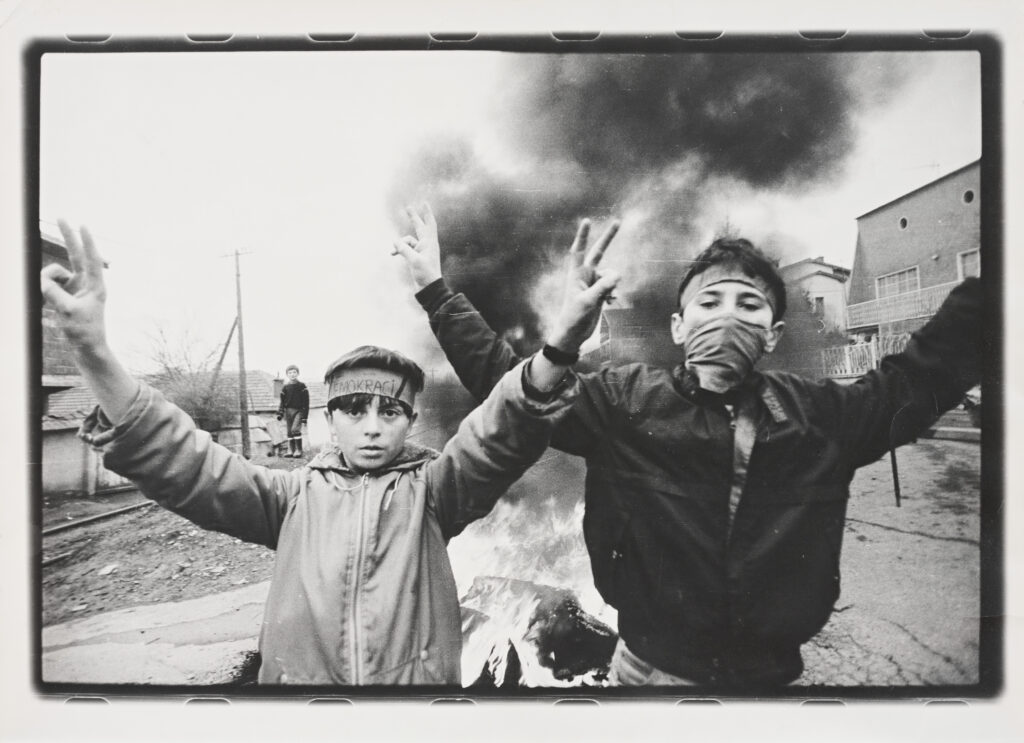 Alojz Krivograd Jr., aka Futy, used his camera to document the fissures, and then the decomposition and the war in the Balkans. His images, mostly acquired by international photo agencies, stood out for their directness, possibly resulting from the fact that Futy was always himself in the middle of the action. The presented photographs were taken on the eve of the war, in Kosovo that had been deprived of the status of an autonomous region by Serbia in 1989, which led to social unrest and turbulence in the area, and hinted at further development, including the war in the Balkans. That war was tragic for the author as well.