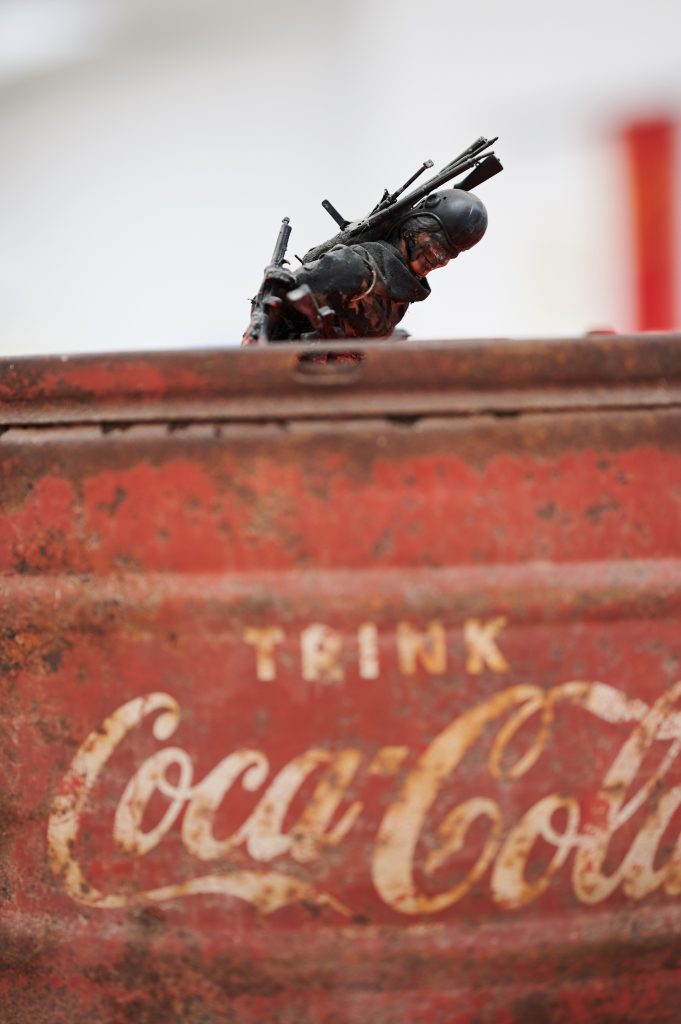 In the mid-sixties, Pino Poggi marked the formation of Arte Utile with his two manifestoes. He realized the ideas of this artistic direction in his sculptural works, in the Alphabet Arte Utile cycle, and in his artist’s books. Parallel to the letters of the AU alphabet, he created works such as “For A Better World (Listen and Get Informed)”; “Vini d’Italia”; “Coca Cola Soldier” (all made in 1968), and others, in which he speaks directly about the issues of contemporary society.

“Coca Cola Soldier” is a readymade, composed of two components: a used red metal barrel with the beverage’s logo, and a plastic soldier figure, which is attached to it so that it looks like he is crawling out of the barrel. Of course, the Coca-Cola beverage is a symbol of American imperialism that is present in all continents. It points to the entwinement of capital with various criminal regimes, not least the German Nazism during World War II, and its subsequent, no less important role in the spread of American imperialism.