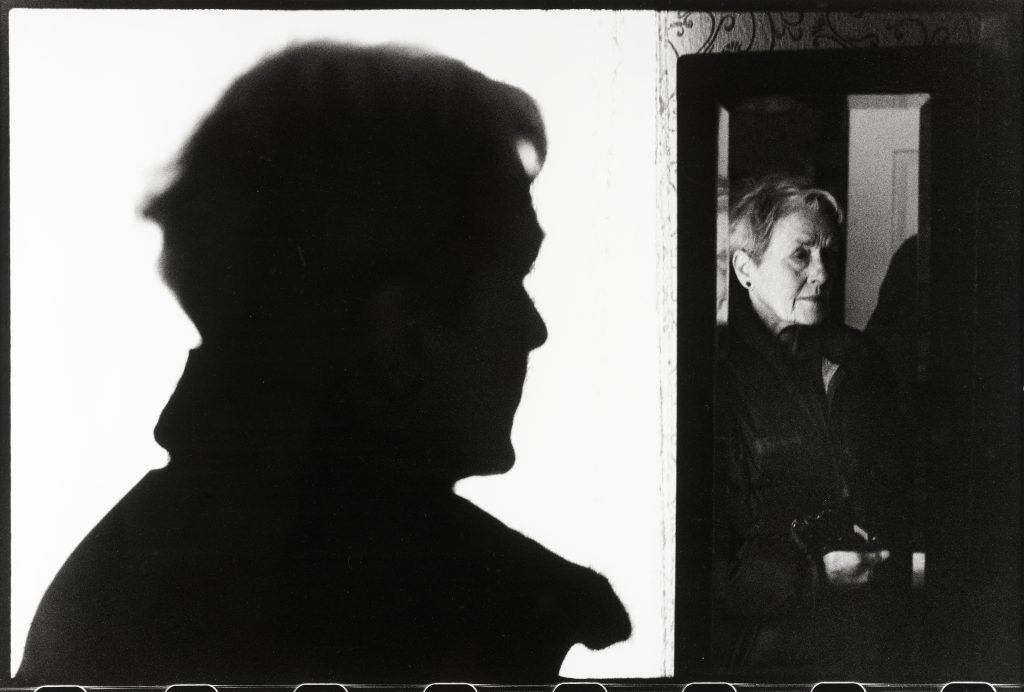 In different periods, Stojan Kerbler also created portraits of his fellow photographers. In 2001, as part of the project Border Spaces, he created a series of portraits of the photographer Inge Morath, whom he accompanied during her journey across the border places between Slovenia and Austria. With his typical subtle feeling for fellow humans, he created a series of photographs from her final journey that – along with the joyful images of the photographer in moments when she enthusiastically tried to capture the dancing Kurents at the Ptuj carnival with her camera – also depicts a premonition of her imminent death. The dark silhouette of her figure and the reflection of her tired face in the mirror during a moment of solitary contemplation emanate all the weight of the terminal disease that no one, except her, knew about at the time the photographs were shot. A photograph that captures the painful moment of confrontation with one’s own transience expresses the bitter truth about an uneasy awareness of the fragility of our own existence and the inevitable fate of death.