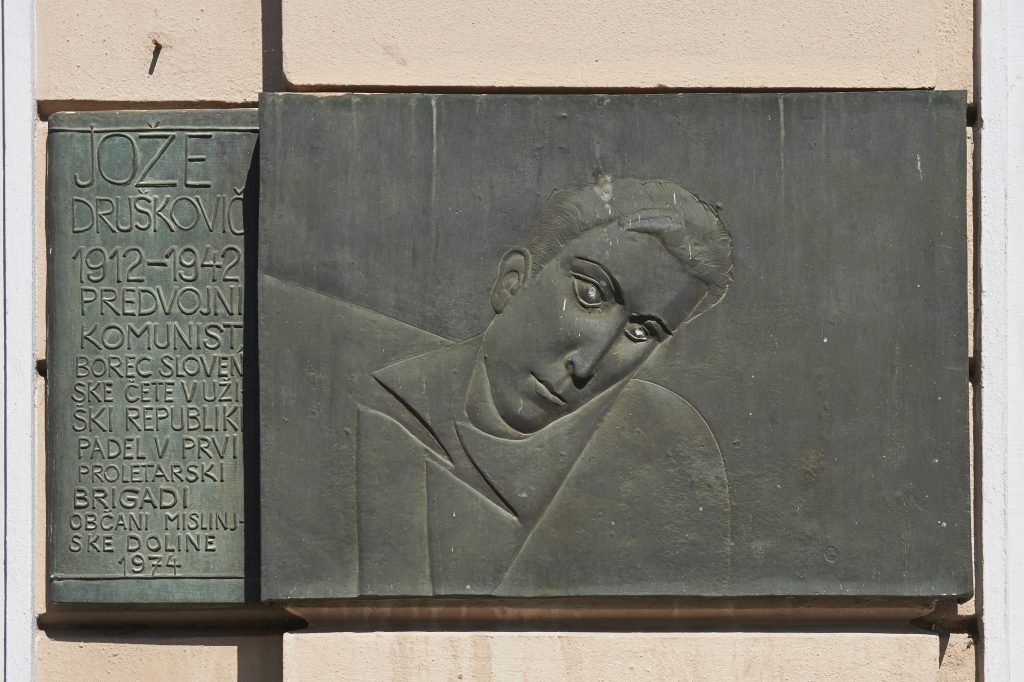 Andrej Grošelj was an important sculptor from the Koroška region, who was no stranger to two-dimensional surfaces as well, which is apparent in his early work that manifests all the artistic freshness of this young artist.

The memorial plaque to Jože Druškovič on the building of the NLB bank at Glavni trg in Slovenj Gradec fits nicely with the edifice’s form. The architect adapted the plaque so that it encases a pilaster on both sides. On the bronze relief, the head of Jože Druškovič appears from a blank background in a slanted pose. The emptiness in the upper right half of the plaque is penetrated only by the portrayed man’s head, while the lower left half is defined by lines and a low relief, with which the sculptor masterfully presented all the characteristics of the murdered Partisan in just a few strokes.

The Druškovič family from Slovenj Gradec, like many others, was forcefully displaced to Serbia by the Germans during World War II. Soon after his arrival there, Jože Druškovič, a secretary of the League of Communist Youth of Yugoslavia, joined the liberation struggle in the Republic of Užice – as a fighter of the Slovenian unit of the 1st Proletarian Brigade. He was killed on 23 January 1942 in Bosnia.