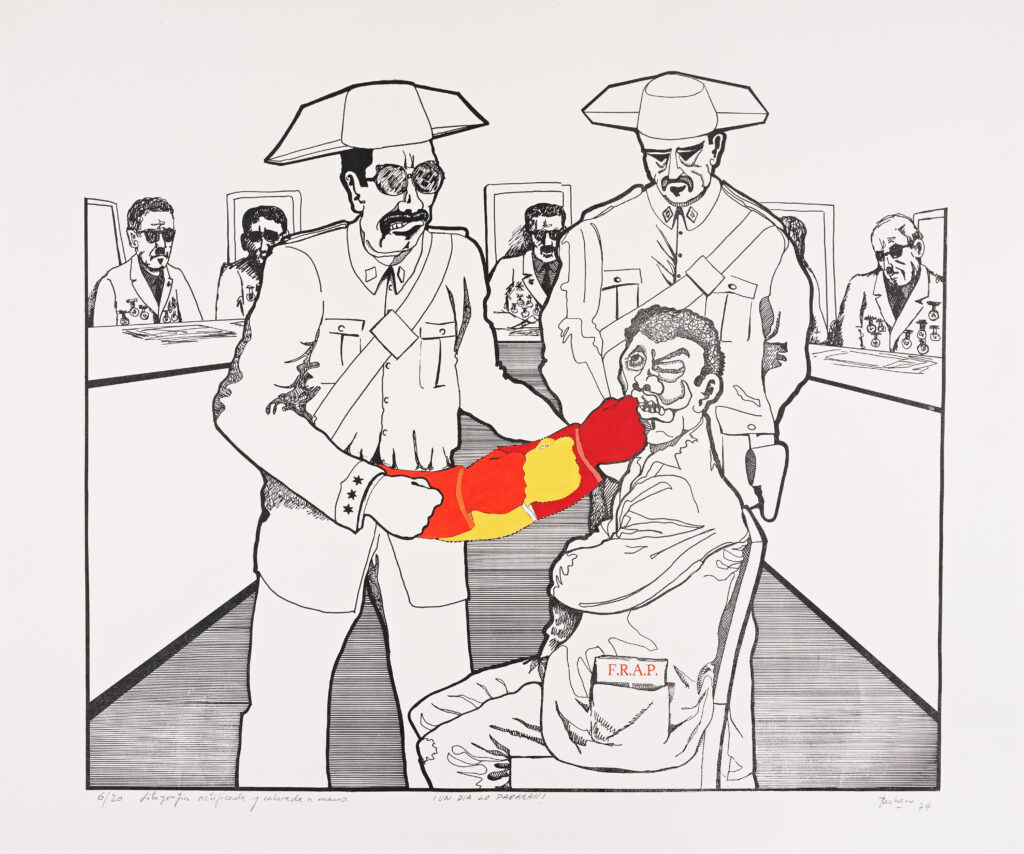 The work ¡Un día lo pagarán! (One day you will pay) depicts a room in which military commanders are sitting in the background, while three figures are in the foreground, one of which is tied to a chair. The deformed face of the tied-up person suggests that the scene is a torture process, which the others are watching calmly. A sheet of paper with the letters FRAP (Frente Revolucionario Antifascista y Patriota) in his pocket is a hint that this is a member of the Revolutionary Antifascist Patriotic Front. The work is probably a reference to the mass student demonstrations against Franco in 1974 that were organized by the FRAP. As a consequence, there was 1 dead police officer, 20 wounded and 300 arrested demonstrators. In the months after these demonstrations, the police made further arrests of hundreds of the FRAP’s supporters.