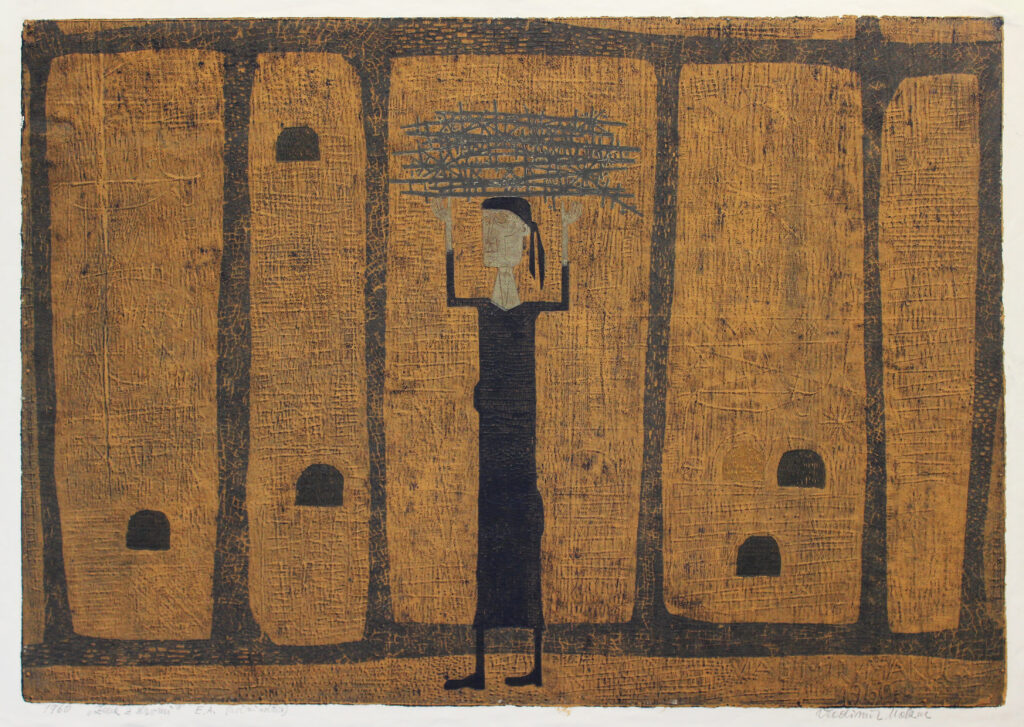 In his works, Vladimir Makuc depicted the Karst landscape and its archaic characteristics, as well as ancient traditions from the remoteness of Karst life. At the heart of his images, living natural creatures are found, most often birds, oxen and salamanders, and occasionally an archetypical image of a Karst woman. The print Woman with Firewood is one of the early prints by Vladimir Makuc, made in the technique of colour etching, in which there is a figure of a scrawny woman carrying firewood on her head, enveloped by a depiction of a massive stone wall reaching to the margins of the print folio. The central motif is carefully composed into a symmetrically organized visual field, while the static composition underscores the absence of dynamics and metaphorically emphasizes the slow pace of time in the archaic environment. The abstracted structure of the wall, based on the primary shape of a rectangle, represents the framework of the composition, while the feature of geometricized shapes is repeated in the elongated and angular shape of the Karst woman, which together with the use of subdued earthly colour further enhances the impression of the scene’s primal character.