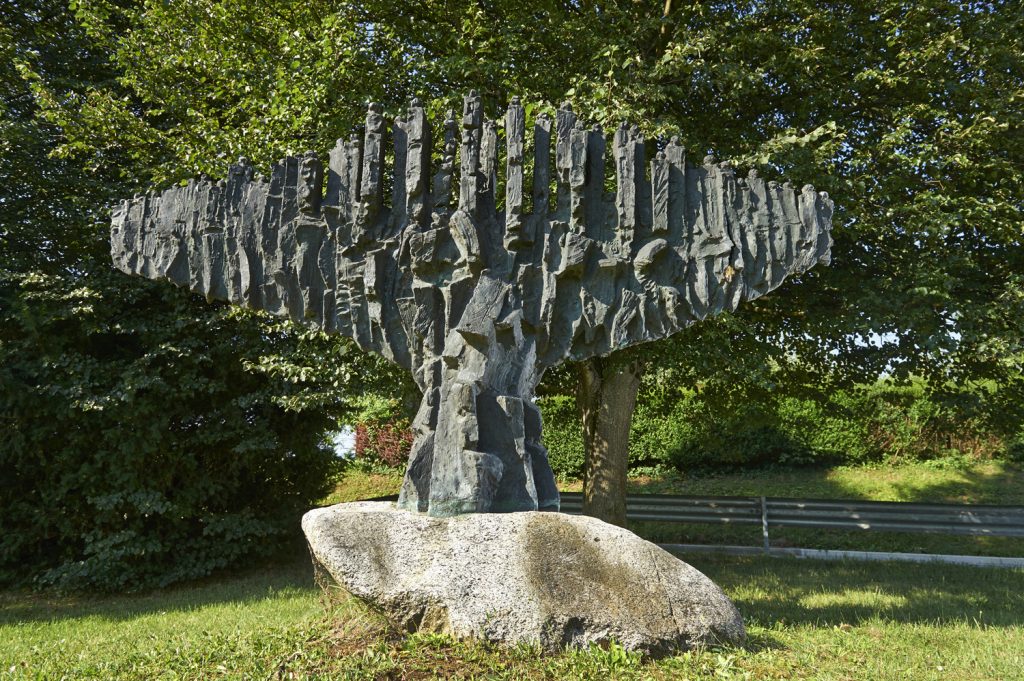 The sculpture United belongs to the series of so-called mass sculptural compositions, with which Drago Tršar achieved a global breakthrough already in the ‘50s. It is a schematized mass figural composition of two variants, the Manifesters and the Demonstrators. The sculptor’s awareness of people’s community and predestined connection is expressed in these sculpting forms in the shape of a multitude within a unified form: a crowd of stylized figures with broken outlines is rising from a unified foundation, ascending in a single line in common aspiration towards its fate. Human figures, strung in a horizontal line, are at the same time rising vertically and merging into a whole. As in all of Tršar’s monumental stylizations, here, too, the composition is expressed through the solid language of geometrical corporeality, while the broken contours accomplish the effect of inner tension. As the sculpture is flattened almost to the point of being two-dimensional, thus appearing virtually as a relief, the viewer is forced to frontally face the mass organism made of human figures, strung onto the wings of fate and gazing into infinity.