Bogdan Borčić (1926–2014), a long-time professor at the Academy of Fine Arts in Ljubljana and the recipient of the Prešern Award for lifetime achievement, as well as an honorary citizen of the City Municipality of Slovenj Gradec, left behind a comprehensive opus of paintings and graphics. The outstanding consistency of his work, his enthusiasm for research and his search for the poetic in everyday objects convey the quality of the artist’s work.
The exhibition encompasses all of the artists creative periods after the year 1984, when Bogdan Borčić moved from Ljubljana to Slovenj Gradec and, in his creative work, turned from the motif of the shell and its many manifestations to purely artistic problems. The development of this incredible opus of paintings will be examined through its individual chapters: Minimalism, the cycles Drawing – Painting, Doors, Studios, Dachau, and his late works, named Fragments of Informatics and Found Things. Alongside the monumental formats, the exhibition presents a portion of the artist’s work that consists of sculptures and smaller paintings, which enabled the painter to come even closer to the viewer.
After his death, Borčić’s family donated his paintings to KGLU. The donation is comprised of 247 works, at least of which half are large format paintings. The paintings will be an important addition to the existing collection of 60 works, which Bogdan Borčić had already donated to the KGLU between 2004 and 2005. The majority of the artist’s opus of paintings will thus be kept in one place, which is what he had wished for as well. 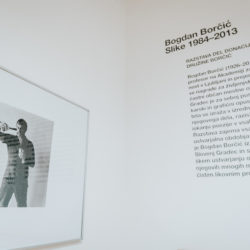 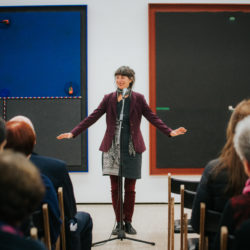 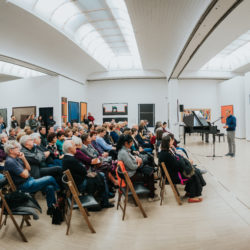 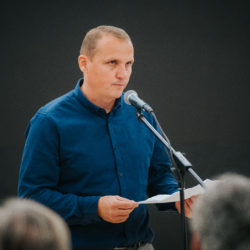 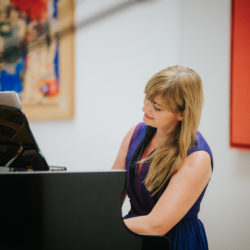 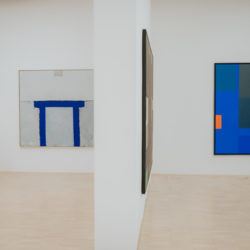 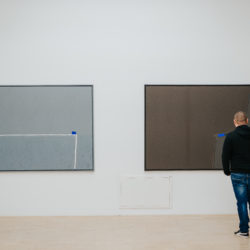 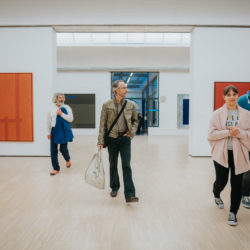 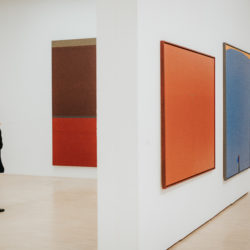 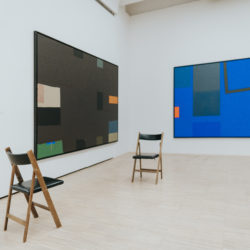 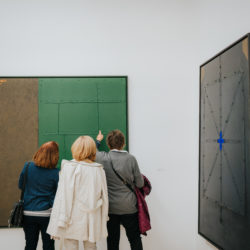 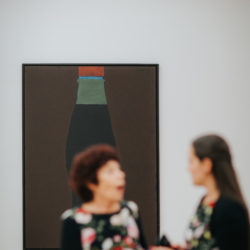 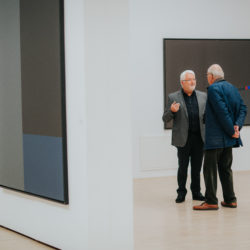